For a long time, we did not travel by plane. Unfortunately, there was no luxury far away holiday for us in recent years because of our own company. In 2011 our last long trip was to Mauritius. We stayed there for a half year and it was an amazing time. A few years ago, we visit the Côte d’Azur in France for a couple of weeks, but that’s it. Anyway, for us as travel lovers, it has been far too long. Even though you can explore Europe by car, train or even by bicycle. This post is only about the traveling itself in Jamaica, not about what we have experienced and seen on the island, I will write about our adventures later.

We really needed a beach vacation! A long time we couldn’t choose which country to discover, because we have (too) many wishes. In the end we chose the land of reggae, marijuana and rum. Of course, Jamaica! But Jamaica is much more than that, it has fantastic beaches, it is mountainous and the northern part of the island is very green. And despite the fact there are rumors that Jamaica would be unsafe, we never felt unsafe for a single moment, in contrary. Everyone is super friendly and helpful.

Once we had decided to explore Jamaica, the preparation began. This means something different for everyone. I’m the one who’s going to read like crazy; stories of travelers who have been there on the Internet, places you must have seen, hotels where to sleep, restaurants where to eat, beaches to relax. Okay, you understand me. Remco is the one who prepares less. Yes, booking a ticket and extending the passport is going ok, but I often take the lead. That doesn’t matter, because planning and gathering information is part of me and that is (unfortunately) not only the case with traveling. Sometimes I am annoyed by myself that I always want to know everything, but that aside.

How did we want to experience Jamaica in 2 weeks? One thing we knew for sure; we did not want to stay in a luxury resort and in one place. We needed a relaxing holiday to refuel, but we also wanted to see a lot of Jamaica and then backpacking is the most suitable. Of course, you can choose a hotel and make day trips from there, but it is almost impossible to see the entire island from one location because of the distances.

For this holiday we were actually looking for a balance between ”a luxury (I’m only laying on the beach) vacation” and ”backpacking on a low budget in hostels where you sleep between unknown fellow travelers”. Ok, I’m exaggerating but you know what I mean. After some research on the Internet we are not backpacking but flashpacking. Older backpackers who still travel with a backpack but have more to spend. They often travel with a lot of electronics. However, I think backpackers nowadays also travel with phone and laptop.

Based on research on the Internet and the Lonely Planet, we decided to stay in 5 places on the island (in addition to our first night in Montego Bay) ranging from 2 to 4 days. Normally we always want to rent a car, but this time we decided not to after reading horror stories about shitty roads and Jamaicans driving as crazy while enjoying a joint. We thought we can travel around with the public transport (route taxi).

After an almost 14-hour flight (with a stopover in Punta Cana, normally it is around a 9 hours flight to Jamaica from Amsterdam) we were exhausted and wanted to go straight to our hotel. So even though we knew we would be overcharged by a taxi driver, it didn’t bother us. For USD $15 he brought us to our hotel. We went straight to bed and the next day we decided to leave stuff behind at the hotel, because we already realized our backpacks were way too heavy.

At Schiphol Airport we saw that they weighed 30 kilos together. For our trip we no longer needed the thick winter clothing we wore on the plane and there was more stuff that could left behind. We would pick it up when leaving home and the hotel was nearby the airport so it doesn’t matter. It was a good decision because we immediately felt much lighter.

After we checked out we immediately traveled to Oche Rios, the next destination, because you can skip Montego Bay for sure. How would we travel? Once on the street we see tropical island Jamaica in daylight and the taxi drivers directly offer us a ride. There are two kinds of taxi’s; the “normal” expensive and the route taxis, the cheaper variant that the locals use. Most route taxis are white station wagons marked by their red license plates. They should have ‘route taxi’ marked on the front door. Don’t take any taxi that lacks the red license plate. They run on set routes, picking up as many people as they can along the way. They (should be) very cheap. At any time, you can grab a taxi in Jamaica. Taxi drivers are constantly honking to you if you need one. You can flag them down on the road and tell the driver where you want to get off.

We also traveled several times with a mini bus, they also have a red license plate. They don’t run to set timetables, but depart their point of origin when they’re full. Don’t expect any comfort if you travel with a route taxi or mini bus during your ride because you get squeezed in. Don’t be surprised to sit on one half of your butt and with the other half of your butt on someone else’s lap. But it’s definitely an interesting ride; loud music, chaos, chit chatting, you are in the middle of the daily Jamaican life. How local can you go? We hardly saw any tourists traveling with the route taxi.

Large buses are few in Jamaica. The Jamaican people do almost everything by taxi. There are none bike- and footpaths along the road. In our country we are used to do a lot with the bicycle. Normally we like the freedom of walking and cycling, but that was not possible in Jamaica. We walked as much as possible, but the roads have a lot of bends and to walk on the street (especially when it’s dark) is not without danger. Besides, people drive like crazy.

From Montego Bay to Ochi it is 92 Km. That may seem short, but it will take you more than an hour and a half to get there. We decide to take a route taxi and he asks 12.000 JMD, which comes down to around €85,- euros. You will think it’s a lot of money, but when asking other taxis this was really the amount that was “normal”. We think it is still overcharged. Once back in Holland we hear from other travelers they paid €5,- for the same ride! Say what? But we decided to get in the taxi and he takes us to Sunrise Villa Guest House. We get out, pay the taxi driver and walk inside. Well, we try, but there is nobody home. But after a phone call with the owner it appears the door is open and we move into our room. We are sleeping at someone’s home as it turns out. It appears that 2 other American travelers are spending the night in another room.

During that night and some Red Stripes the American guys told us about the Knutsford Express, a luxury bus with air conditioning and toilet that rides from city to city. You can reserve and pay tickets online. It turns out to be so much cheaper than traveling with the route taxi, so we were very happy. The prices are about USD $35 for 2 people traveling between 2 cities. We immediately checked the website and booked tickets to our next destination Port Antonio.

The route taxi is ideal if you make short rides, the long rides turned out way too pricey. In the beginning you don’t know what the regular prices are for a route taxi, but after a few days you are familiar with the local prices. The short rides, about 5 to 15 minutes normally cost you a few dollars. Once a young Jamaican wanted to overcharge us enormously; he asked USD $25 to take us to the center of Ochi. Normally this should cost a few dollars, it’s a ride of only 10 minutes. If you are not known with the rates, you spend lots of money on transportation! We found it sometimes exhausting and unfriendly people overcharge you that much. Once back at home, we are still confused about the rates for the long rides.

We disliked the many travel hours we made on the island. In 2 weeks, holiday, we had 6 travel days with at least half a day lost. If we would visit Jamaica again, we’d probably choose for 4 hotels instead of 6. Also we regret that we did not hire a car. Only then you are independent and can go wherever and whenever you want. It gives freedom and more time to do activities. And after all, the road conditions were not great, but it is drivable for sure. The roads are bad and bumpy, people often do not wear a seatbelt and sometimes drive like crazy in Jamaica. You should avoid the big cities. We often skip them anyway and prefer to look for nature and drive along the coast.

Now we were dependent on the Knutsford bus and the route taxi and you often have to wait. Don’t get me wrong, for other people who want to travel with public transport it might be fine, but we didn’t like it that much. Besides that, the longer rides were quite expensive (because they overcharge us all the time, maybe we were unlucky) to travel with the route taxi. In addition, we skipped several activities because we also were tired of traveling and wanted more relaxing time. But you also must accept that you can’t see everything in 2 weeks and you shouldn’t want that either. I tend to have the urge normally also, but then it becomes too much “a must do”. Don’t do that, after all you are on vacation to enjoy and relax. Keep that in mind! 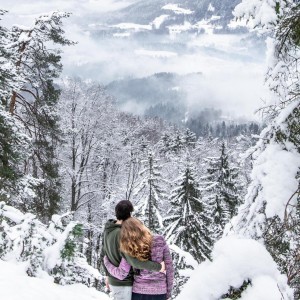 Brussels sprouts with walnuts from the oven